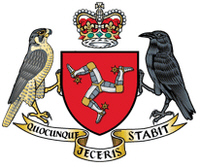 In the time of David, people from Issachar were valiant men of might, chief men, and soldiers for war. The mother of Issachar was Leah, one of the four wives of Jacob. Leah conceived Issachar after hiring her husband away from her sister, Rachel, who was Jacob's more favored wife. The name ISSACHAR in Hebrew means reward, or fair trade.

Genesis 30:18 And Leah said, God hath given me my hire, because I have given my maiden to my husband: and she called his name Issachar. Genesis 49:14 Issachar is a strong ass couching down between two burdens: Deut 33:18-19 And of Zebulun he said, Rejoice, Zebulun, in thy going out; and, Issachar, in thy tents. They shall call the people unto the mountain; there they shall offer sacrifices of righteousness: for they shall suck of the abundance of the seas, and of treasures hid in the sand. 1 Ch 12:32 And of the children of Issachar, which were men that had understanding of the times, to know what Israel ought to do; the heads of them were two hundred; and all their brethren were at their commandment.'

Issachar is reflected in the Isle of Man. This Isle has mines of lead, iron, copper, and quarries for building stones and slate. The Coat of Arms, and the Isle of Man flag, both display a three bent legged figure, which is called a triskelion. Have you ever heard of the saying, 'having three legs up on the situation.' Neither have I but it sounded good.

After 1866, the Isle of Man obtained the status of ‘Home Rule’, but the Manx people have made progress in other ways too, for they now enjoy their tax haven status. Perhaps this 'tax haven' status reflects the meaning of Issachar's name, that of just reward.

'Issachar is a strong ass couching down between two burdens [actually saddlebags].' These two saddlebags would be the landmasses of England and Ireland – how fitting a description, since the Isle of Man rests between the two larger Isles. 'Rejoice, Issachar, in thy tents’. While Manx [Issachar’s] people may live anywhere today in the Isles, the area identifying them as a people is the Isle of Man – this is their end-time inheritance. Today, the two ‘sisters’ lay side by side, Leah the land of Ireland, and Rachel the land of England.

'And he [Issachar] saw that rest was good, and the land that it was pleasant; and bowed his shoulder to bear, and became a servant unto tribute.' [Tribute to the UK].

The Isle of Man is part of the geographical British Isles landmass, and is located just off the northwestern coast of mainland England. Although it is not part of the United Kingdom, it is a Crown dependency. The island lies in the Irish Sea, approximately equidistant between England, Scotland, and Ireland. The Isle of Man was part of the Norwegian Kingdom of the Hebrides until the 13th century when it was ceded to Scotland; the Isle came under the British crown in 1765. Current concerns for Issachar/Isle of Man include reviving the almost extinct Manx Gaelic language.